I think the cartoon below nicely summarizes the approach employed by the Obama administration for most of its domestic and foreign policy initiatives — i.e., use money that doesn’t belong to you to pay people off.  It’s really pretty simple…  If you weren’t following the recent Obama trip to India, he left there claiming a great trade pact, when in fact he bribed them by promising $4 billion (of the taxpayer’s money) in aid…  I suppose that’s a small drop in the bucket compared to the more than $7 trillion that he has added to the US federal deficit in 6 years. 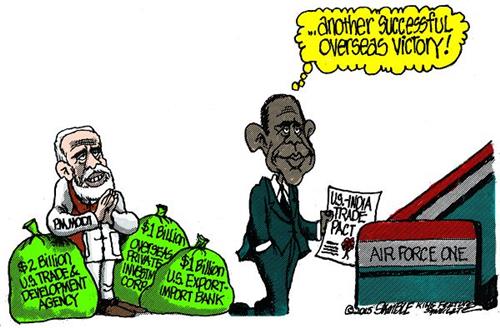