Update – Michele’s episode on Dr. Oz appeared on national TV yesterday…  It looks like she had a lot of fun!

Nov 22, 2010 – Missy was in New York last week visiting her sister Sharon.  Since Missy is a big fan of the Dr. Oz Show, she decided to attend the live filming of the show in Manhattan (For those of you not familiar, the Dr. Oz show is a daily show that appears on ABC TV during the afternoon.  It typically covers topics pertinent to family medicine and health).  Naturally, she also decided that as long as she was going to the show, she might as well appear on the show …  Sure enough, she was selected from the studio audience as the guest assistant… Look for the show the first week in December. 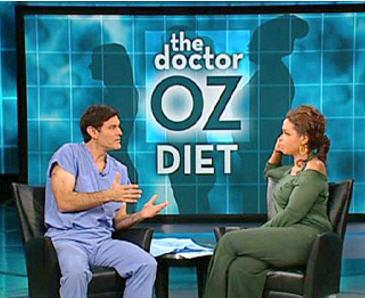 When my wife wants something, she can be pretty unrelenting.  She makes pushy New Yorkers looks like well-behaved midwesterners.