They like to say “a win is a win”, but I’ve seen better basketball at the local rec center in a pick-up game…  I went to the game last night with my buddy, Alan, and we watched the Dayton Flyers eek out a 63-61 win against Central Connecticut State University.  The Flyers commited 20 turnovers and they couldn’t figure out how to defend the CCSU big man, or stop the CCSU ball carrier coming off the screens. 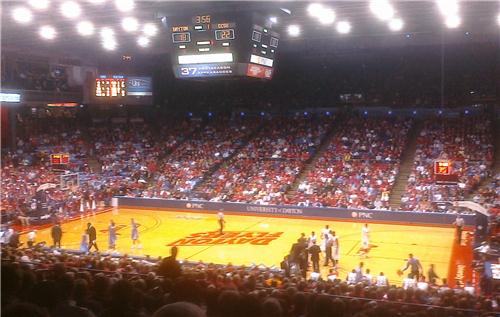