The political cartoonists are catching on… 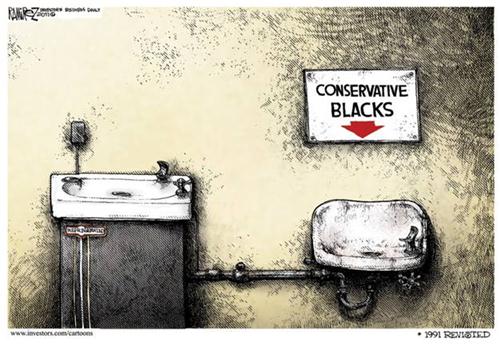 This cartoon expresses it very well 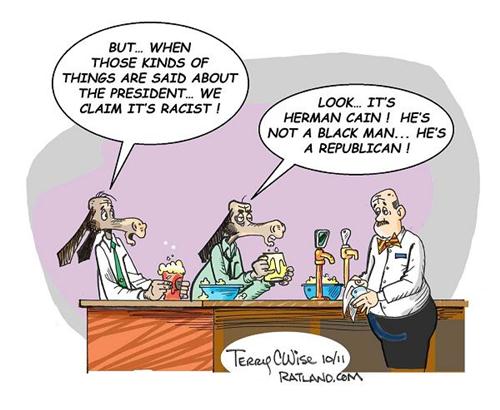 The saga continues.  We saw the liberal MSNBC commentator questioning Herman Cain’s ability to speak on behalf of black people, and now we get a chance to hear the CNN reporter question Cain’s “blackness”.

You can’t make this stuff up…

What happened to: “…not be judged by the color of their skin but by the content of their character.”?

It never ceases to amaze me how black Americans are held in such disregard depending upon their politics – whether it’s Condi Rice, or Clarence Thomas… and now Herman Cain.

A Democrat strategy advisor told the media that they should treat Herman Cain as a “Racist, Bigoted Person.”